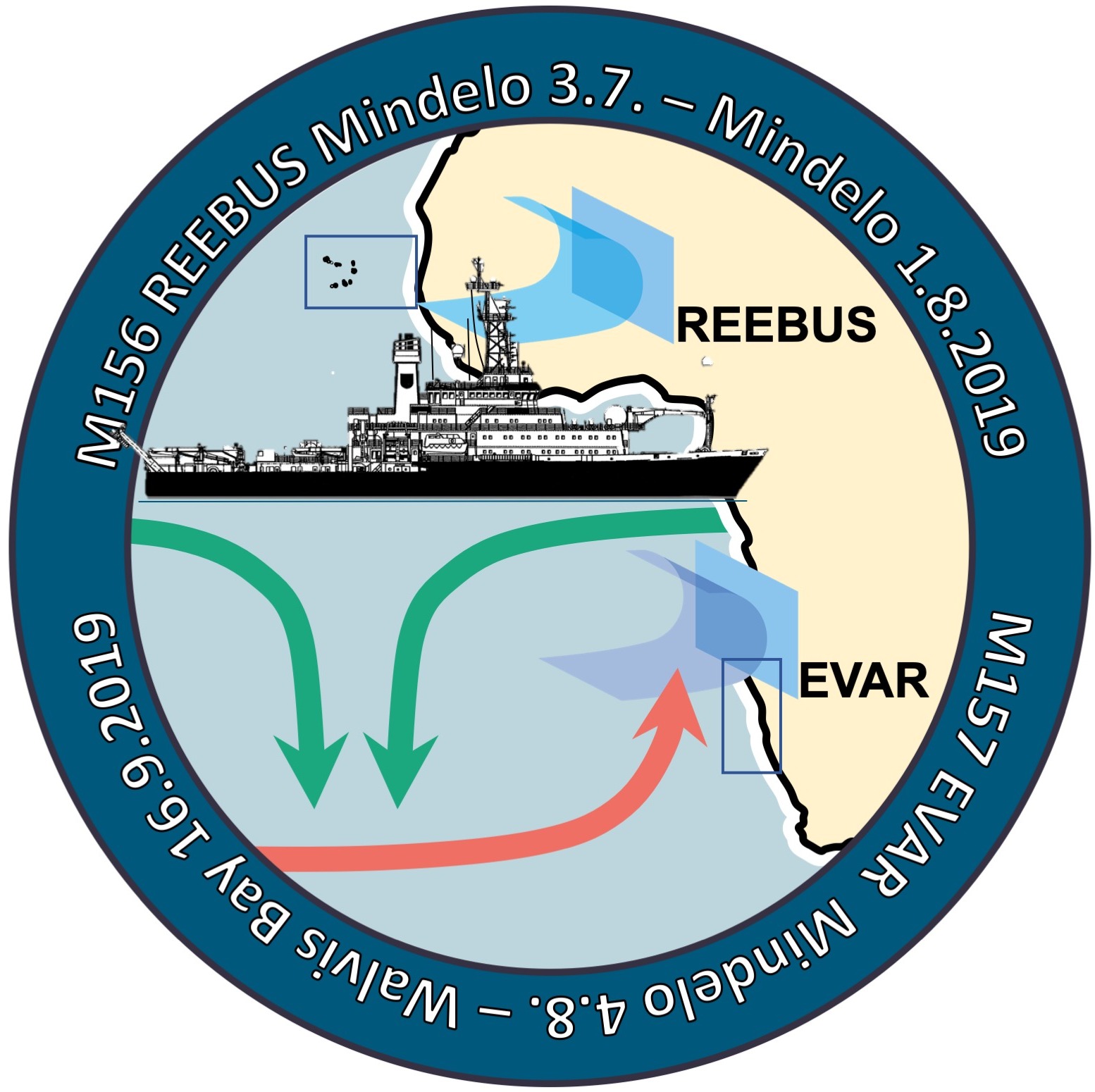 More information about this cruise here.

Jump to: Articles in a Scientific Journal - peer-reviewed | Theses - not published by a publisher | Reports - Cruise Reports | Reports - Weekly reports
Number of items: 8.

Articles in a Scientific Journal - peer-reviewed

Theses - not published by a publisher

Andrae, A. (2020) Comparison of different methods for the detection of mesoscale eddy characteristics in the eastern tropical North Atlantic.

The Mauritanian upwelling system is one of four major eastern boundary upwelling systems that are driven by trade winds blowing equatorward parallel to the coast and anticyclonic wind stress curl causing offshore Ekman transport and upwelling of cold, nutrient-, CO2-rich and oxygen- deficient near-surface waters. The biological productivity driven by the upwelled nutrients is disproportionately high given the size of these regions (~1% of total ocean area) and supports major industrial fisheries providing a large fraction of global fish catches.

These upwelling systems are vulnerable to various anthropogenic forcing factors such as ocean warming, acidification, and deoxygenation. On top of this, these systems are expected to experience changes in trade winds and hence upwelling intensity. The responses of upwelling systems to these multiple changes, let alone the synergistic nature of their interactions, are largely unknown.

Eddy generation is favored by interaction of large-scale currents with the bottom topography, islands or headlands, or by atmospheric forcing. During eddy generation, coastal waters from the upwelling region are trapped in the core of the eddy and subsequently trans-ported offshore. Eddies can be considered as a continuation of the upwelling system trans-porting material and properties laterally into the open ocean. It has been shown that the three different types of eddies (cyclonic, anti-cyclonic, anticyclonic modewater) have drastically different, far-reaching effects on the physical and biogeochemical environment. This includes the observation of strong effects on biological productivity and biogeochemical processes as well as dramatic effects of eddies on subsurface oxygen concentration leading to severe hypoxia.

Eddies are important factors determining the quantity of biological production as well as the fate of upwelled nutrients and fixed organic carbon and thereby the overall CO2 source/sink function of upwelling areas. Part of the organically bound carbon is exported to the deep sea via the biological carbon pump. However, the production of dissolved organic carbon (DOC) by extracellular re-lease, cell lysis or by the enzymatic dissolution of particles retains organic carbon in surface waters where it becomes available for microbial respiration.

Especially the passage of anti-cyclonic mode water eddies induces high deposition rates of organic matter and provide vital carbon for the typically carbon poor deep-sea ecosystem. Dust storms off Mauritania lead to a fertilization of the sea surface with the deposition of atmospheric iron and phosphate which further increases the biological productivity. Furthermore, the dust acts a ballast of organic particles increasing their sinking rates and leading to an efficient car-bon transfer between the sea surface and the deep-sea.

A major goal of the expedition to the Mauritanian upwelling area off West Africa is to obtain a better quantitative understanding of the dynamics of mesoscale eddies (diameter ca. 100 km) with particular focus to carbon dioxide (CO2) source/sink mechanisms and the biological carbon pump in eastern boundary upwelling areas as well as their effects on the oligotrophic periphery including the deep-sea floor.

Specific aims are the determination of,
i. fluxes of dissolved and particulate matter inside the eddy,
ii. the exchange of CO2 and carbon turnover at the sea surface,
iii. of plankton communities in different eddies, and
iv. of the magnitude and variability of the material transport to the seafloor and the microbial turnover of organic carbon in sediments underneath the eddy passage and outside.